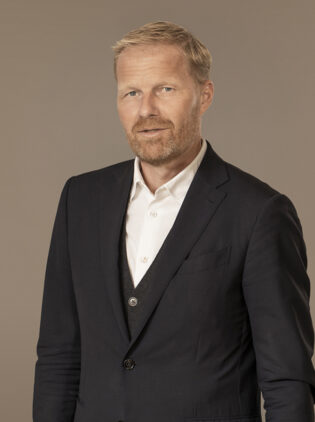 Joachim Sperling joined Axcel in 2010 and is Head of Corporate Affairs.

Joachim took part in founding Axcel’s own thinktank, Axcelfuture, in 2012, where he is now CEO. He is also an editor of DVCA’s annual review.

Prior to joining Axcel, Joachim was employed with the Ministry of Economic Affairs and the Ministry of Business and Industry as an economist, as Head of Communication and Manager’s Assistant at Danish Standards, and as a freelance consultant for enterprise foundations. He has also worked as a columnist and writer for several media.

Joachim Sperling holds an MSc in Economics from the University of Copenhagen.