Axcel creates strong companies in a responsible way.
Established in 1994 by six major Nordic financial and industrial groups, we are a leading Nordic private equity investor in the mid-market.

Axcel targets top-tier businesses with potential for internationalisation and enterprise values in the range of EUR 50-500 million. We create successes through a combination of our team’s industrial network and experience and a systematic, growth-oriented value creation approach.

Axcel VI was raised in 2020 as a standard private equity limited partnership focusing on the Nordic mid-market. The first close was held in February 2020 with EUR 507 million in committed capital.

Axcel acquires a majority ownership stake in AddPro, a leading Swedish provider of IT outsourcing, application and cloud integration services. 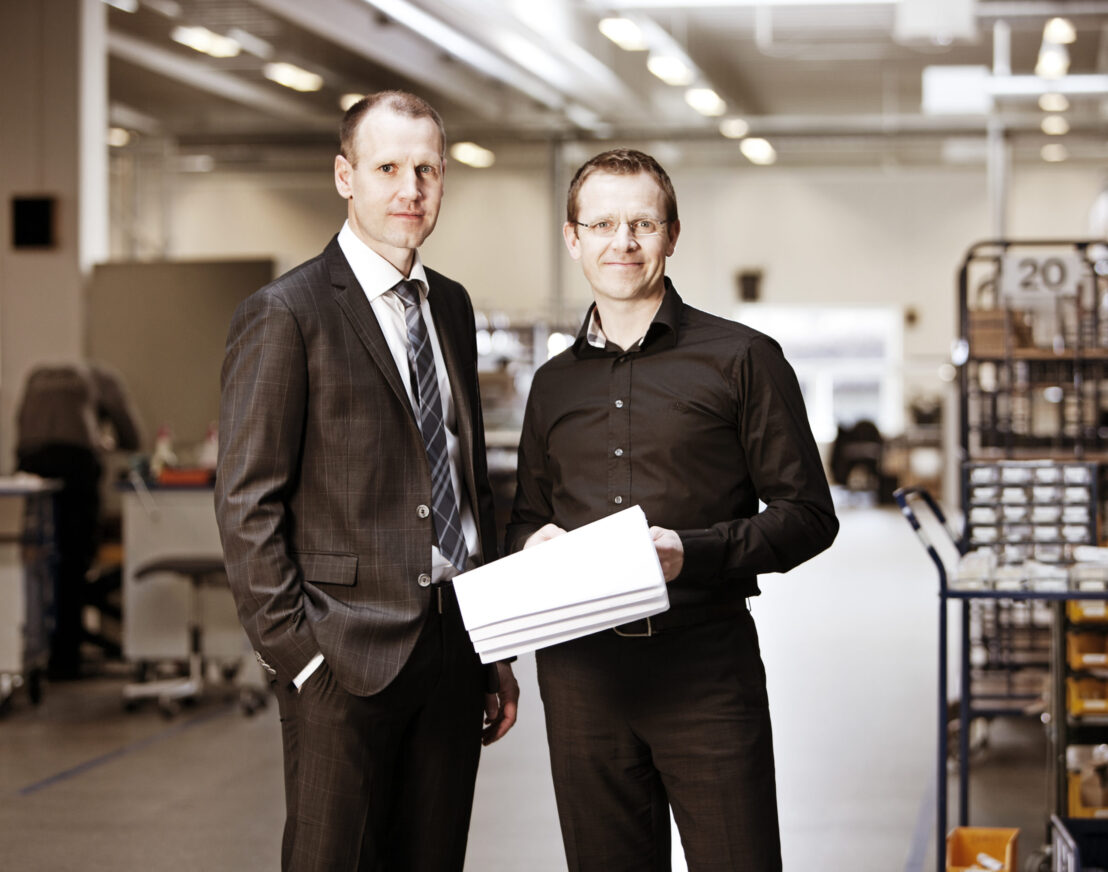 After six years’ ownership of Mita-Teknik, Axcel enters into an agreement to sell the company back to partner and non-controlling shareholder the Andersen family.

Axcel exits Conscia, one of Northern Europe's leading suppliers of secure IT infrastructure solutions, to Nordic Capital after around four years of succesful ownership.

After succesfully dividing EG into software side and service side, the service business is sold to DXC Technology, after which Axcel sells the software business to US PE firm Francisco Partners.

Axcel takes over European Sperm Bank, a European leader in the business. The company has its own offices and clinics in Denmark, Germany and the UK, and services customers in more than 70 countries. The plan is to expand further by developing the existing business, expanding into new markets and broadening the company's offerings.

Axcel has agreed to acquire a majority stake in Phase One, a leading technology business specialising in high-end digital imaging software and equipment. 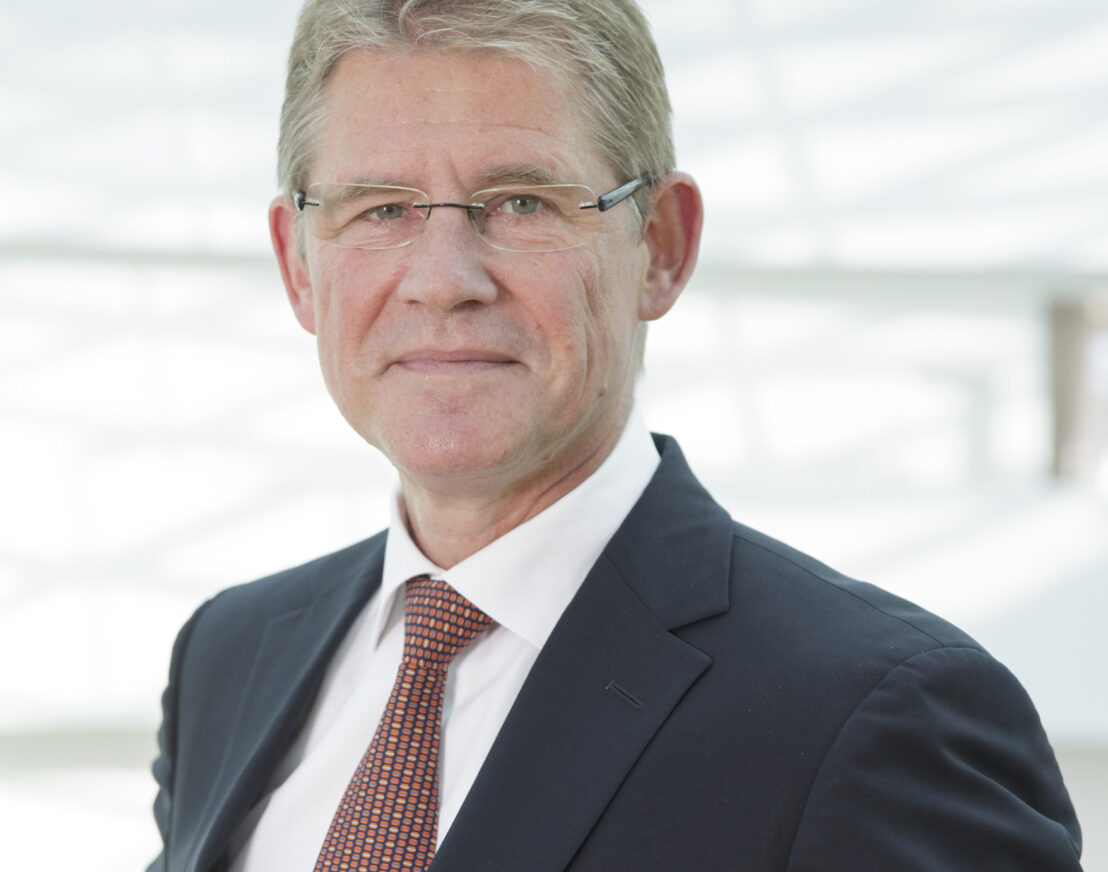 New chairman of Axcel Advisory Board

Axcel’s Advisory Board gets a new chairman, with Niels B. Christiansen replaced after seven years by Lars Rebien Sørensen, deputy chairman of Carlsberg and the Novo Nordisk Foundation and former CEO of Novo Nordisk.

Axcel V is established with total committed capital of EUR 617 million, making it Axcel's biggest fund to date. The fund receives good backing from both existing investors and a group of new investors from the Nordic countries, Europe and the US.

Axcel enters into partnership with Jacob "Gubi" Olsen and GUBI, one of the Nordic region's leading design brands focusing on furniture, lighting and interiorproducts globally. GUBI has experienced double-digit growth rates in recent years. Axcel will now support continued expansion by developing the existing business, accelerating growth in new markets and launching new products. Jacob Olsen will continue as CEO and hold a considerable stake in the company.

Axcel invests in Isadora, one of the Nordic region's leading cosmetics companies with production and headquarters in Malmö, Sweden, and additional production facilities in Bern, Switzerland. Isadora, which is present in more than 40 markets, is a well-run company with major growth potential. Run by founder and owner Ingvar Vigstrand and his family since 1983.

Axcel buys the market-leading mass hosting provider from Visma, which operates under the brand names Loopia and Active 24.

Axcel buys the Finnish company Orion Diagnostica (Aidian), a leading player in the attractive market for point-of-care diagnostics (POC) with a large portfolio of high-quality products. Axcel, in partnership with Orion Diagnostica's management team, will build on the company's solid market position and sees a range of attractive possibilities for expanding in terms of both geography and product range.

After 17 months' intensive ownership, Axcel sells payroll and HCM technology specialist LESSOR to US company Paychex, a leading supplier of integrated HR management tools for use by SMEs.

Axcel sells Driconeq to Irish engineering group Mincon Group. In 2017, Driconeq had revenue of around SEK 250 million and 120 employees in Sweden, South Africa and Australia. 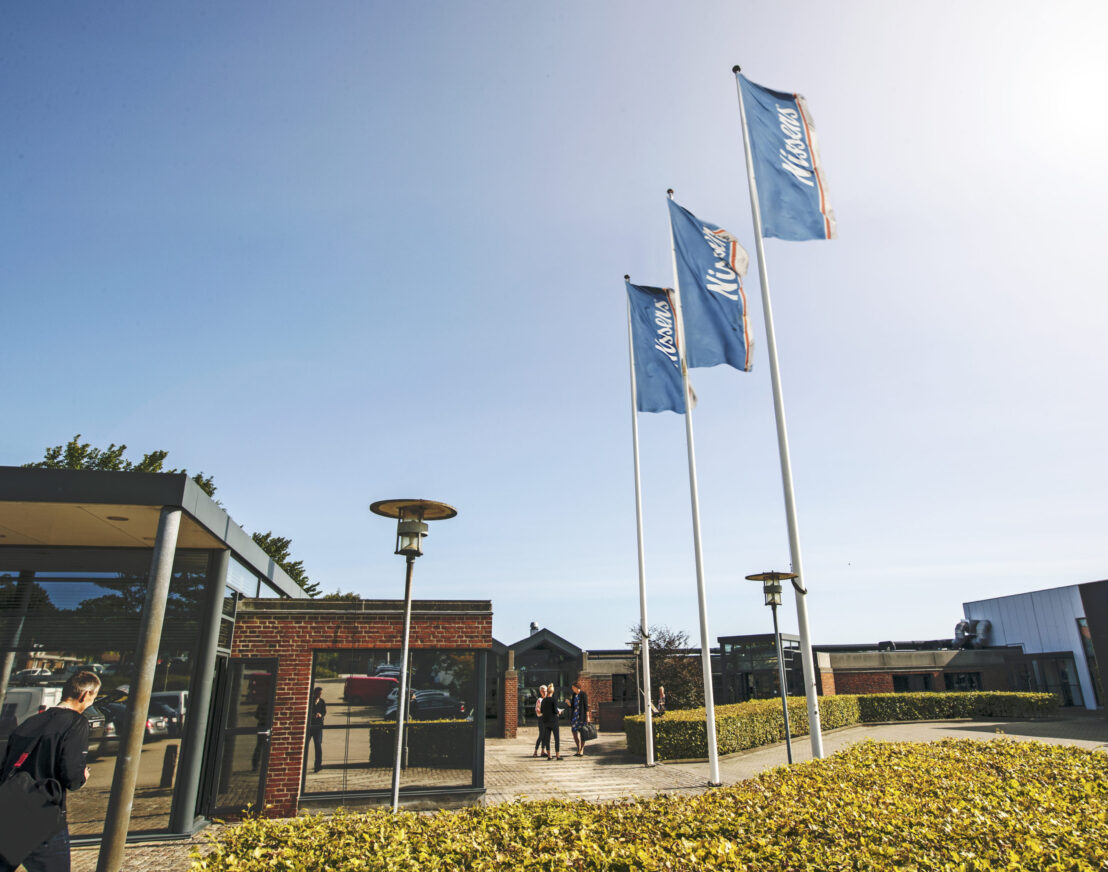 Axcel enters into a partnership with the family behind one of the world's leading manufacturers of accessories for pickup trucks, Mountain Top Industries. Mountain Top Industries has experienced high growth in recent years, and Axcel will support continued expansion and entry into new markets. The owners will remain as shareholders and board members. 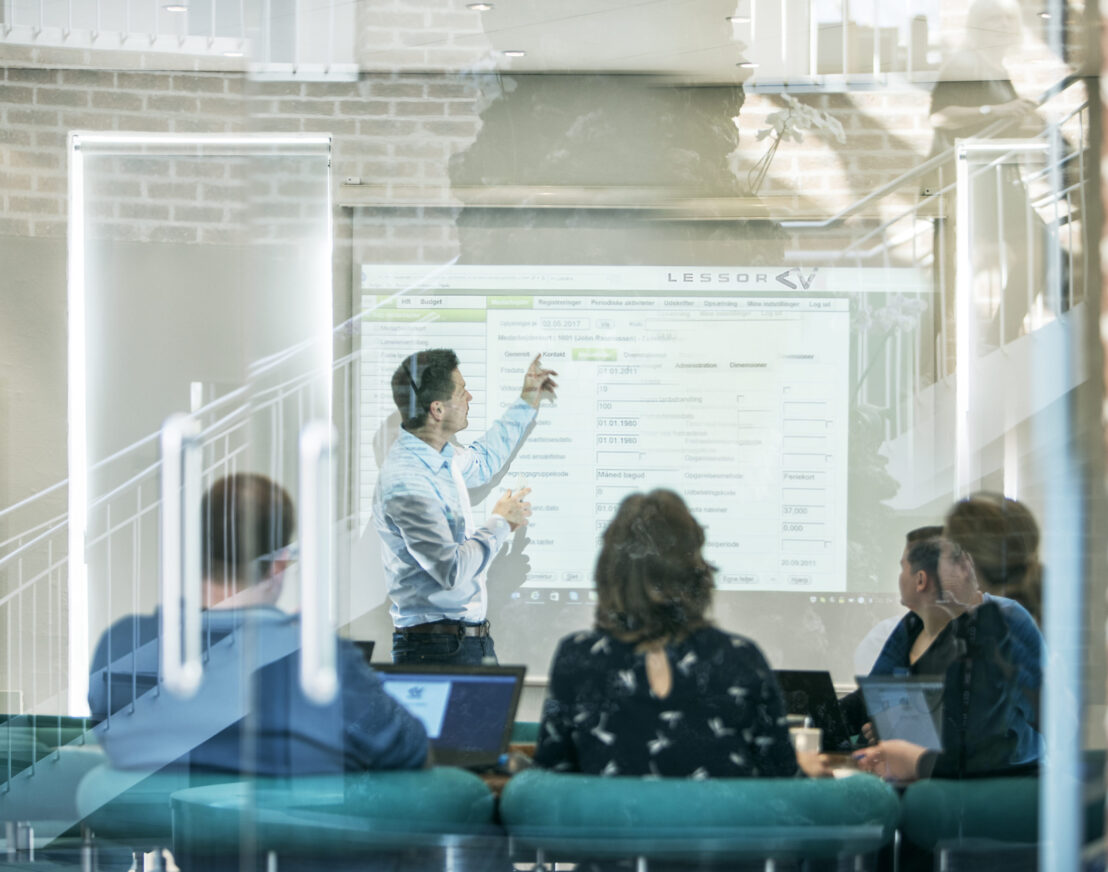 Axcel buys LESSOR Group, a specialist in IT-based payroll and HR systems through two brands, LESSOR and Danløn. Axcel will continue the growth plan, which has helped give LESSOR Group a leading position in the market for payroll systems for private companies.

Axcel buys the companies SFK Leblanc, Attec, ITEC and Carometec, which, together with the subsequent investment in Frontmatec, creates one of the world's leading companies in high-tech solutions for slaughterhouses. The combined company is subsequently rebranded as Frontmatec.

Axcel joins forces with PFA and PKA to invest in Danish Ship Finance, a leading global provider of financing for the biggest shipping companies in the world. 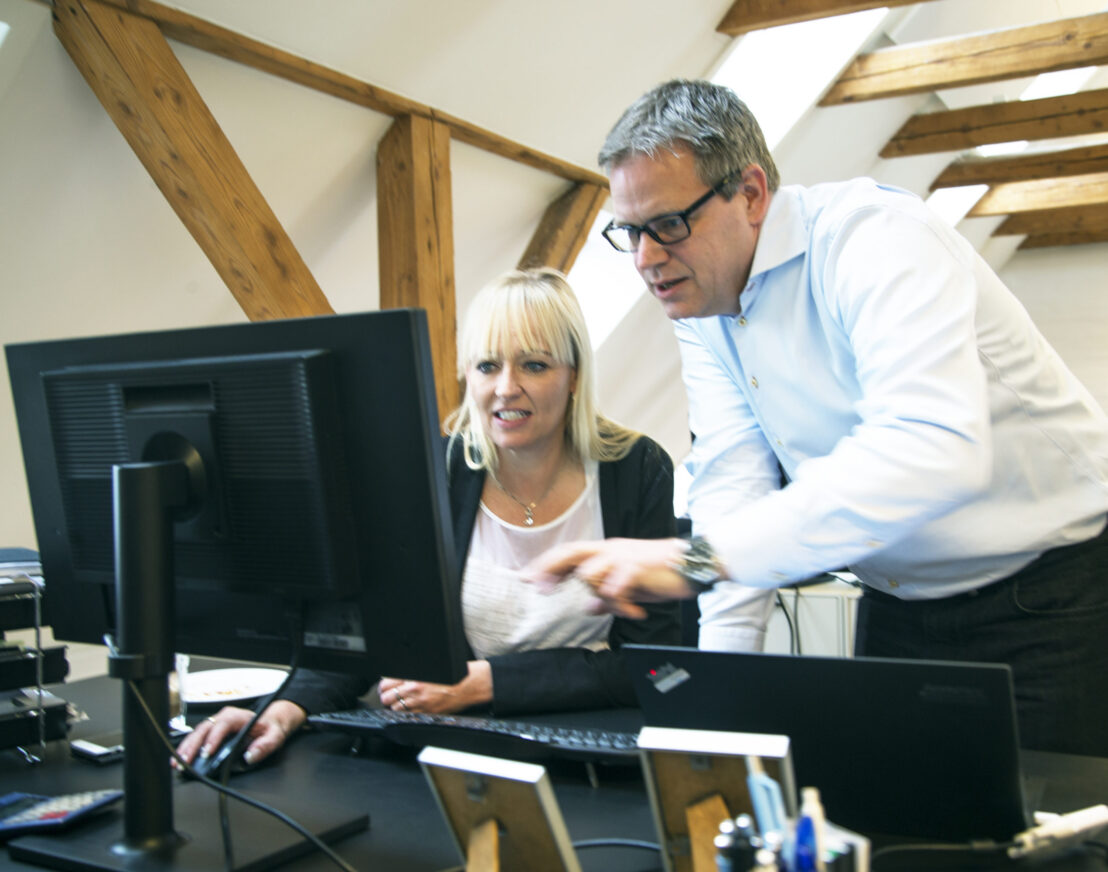 Axcel acquires the majority holding in the IT company Conscia, which supplies and services businesscritical IT infrastructure for companies, from a group of shareholders including Via Venture Partners. Conscia’s management retains a considerable ownership stake.

Axcel company EG, acquired in 2013, takes over Silkeborg Data. The combination of EG's existing public businesses and Silkeborg Data creates a strong and strategic player in the market for digital solutions for the public sector.

Axcel helps found Alliance for Global Growth (AFGG), a new network for PE mid-market companies in Europe and the US. The network establishes a secretariat tasked i.a. with sharing knowledge and experience, and there are also opportunities for companies to draw on each other's resources. 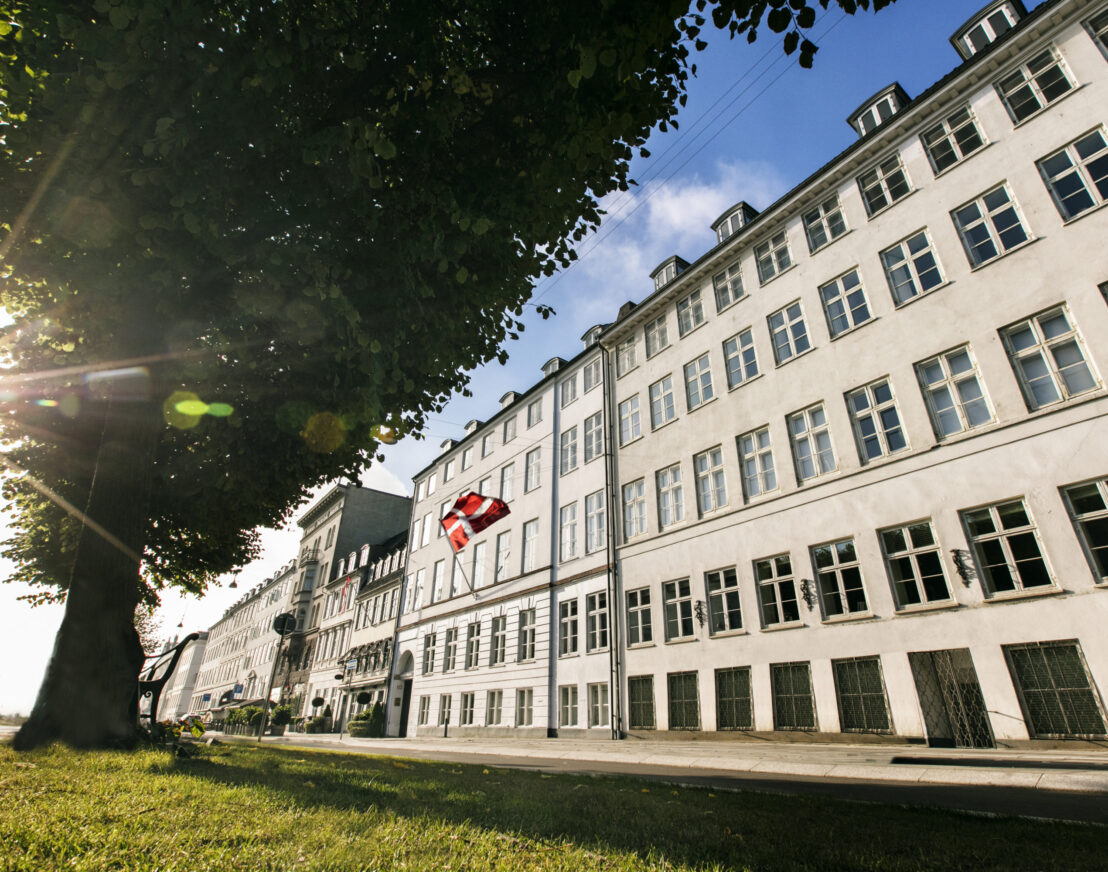 High prices for companies are a contributing factor in why Axcel does not make any platform investments but instead maintains focus on divestments and on add-on investments for existing companies, with EG and Netel making acquisitions. The fashion company Noa Noa is sold to a group of investors, while the remaining shares in PANDORA are sold. Axcel sells the logistics company LGT, the floor company Junckers and the animal feed company VPG to a group of employees and board members. 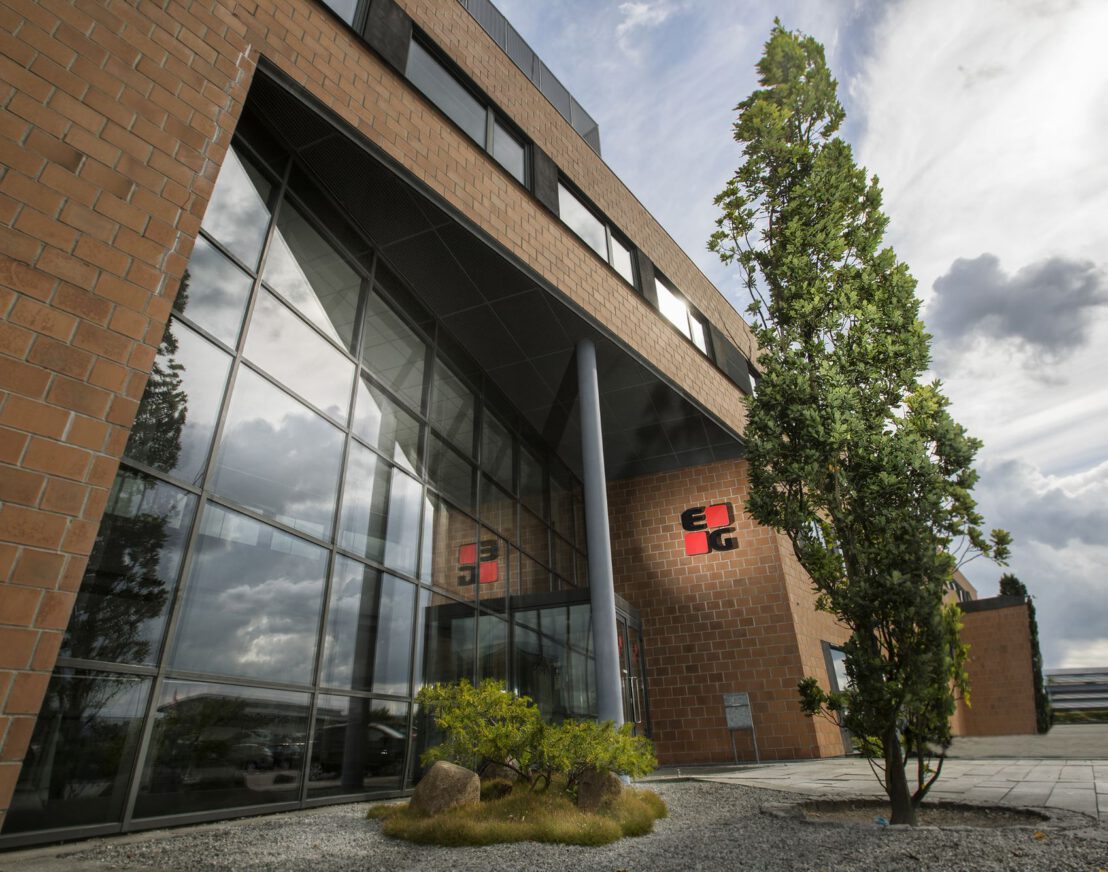 Axcel buys the ERP solutions house EG from Nordic Capital. The acquisition is financed by issuing corporate bonds at a value of approximately DKK 900 million.

Axcel takes over Silkeborg Data, which supplies payroll and HR administration solutions for the public sector in Denmark.

Axcel's first platform investment in Finland is Delete Group, which supplies environmental services to the industrial, construction, real estate and public sectors in Finland, Sweden and the Baltic States. 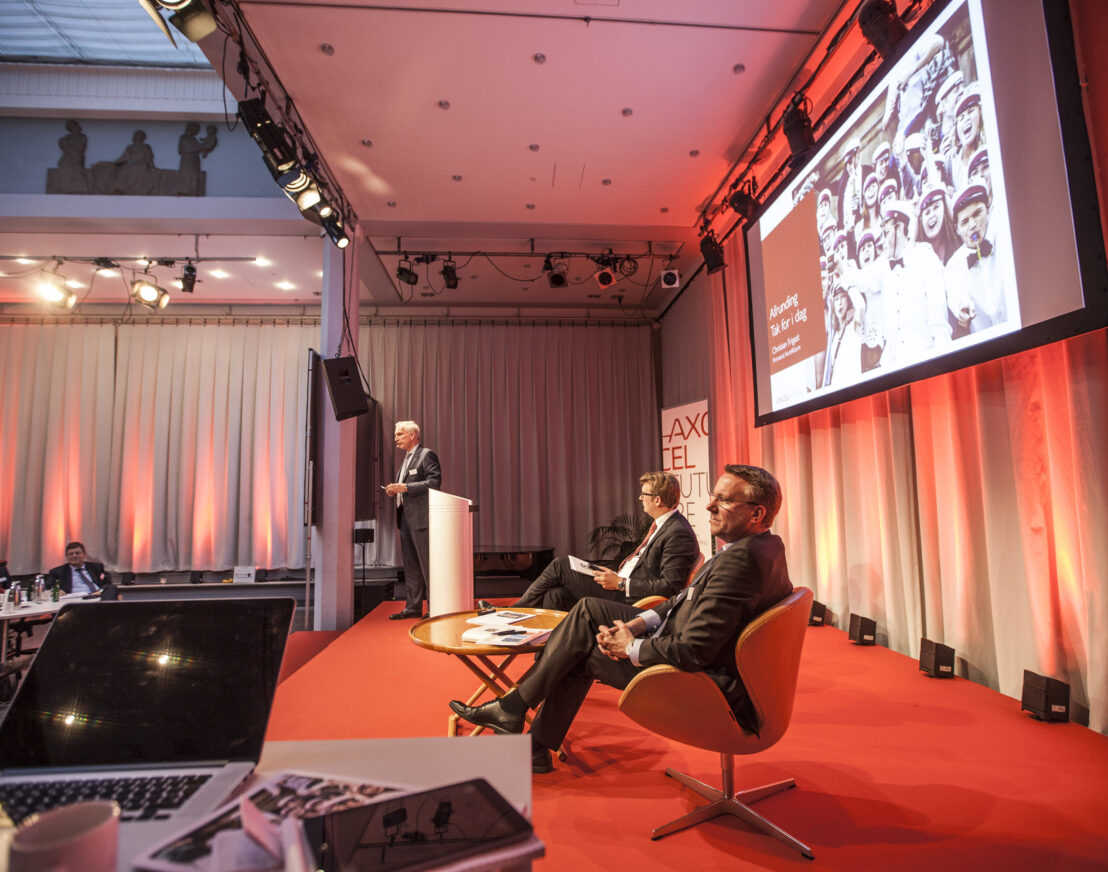 Axcel takes over the majority holding in Mita-Teknik, a world-leading producer of control concepts for the wind turbine and other industries, from the Andersen family. 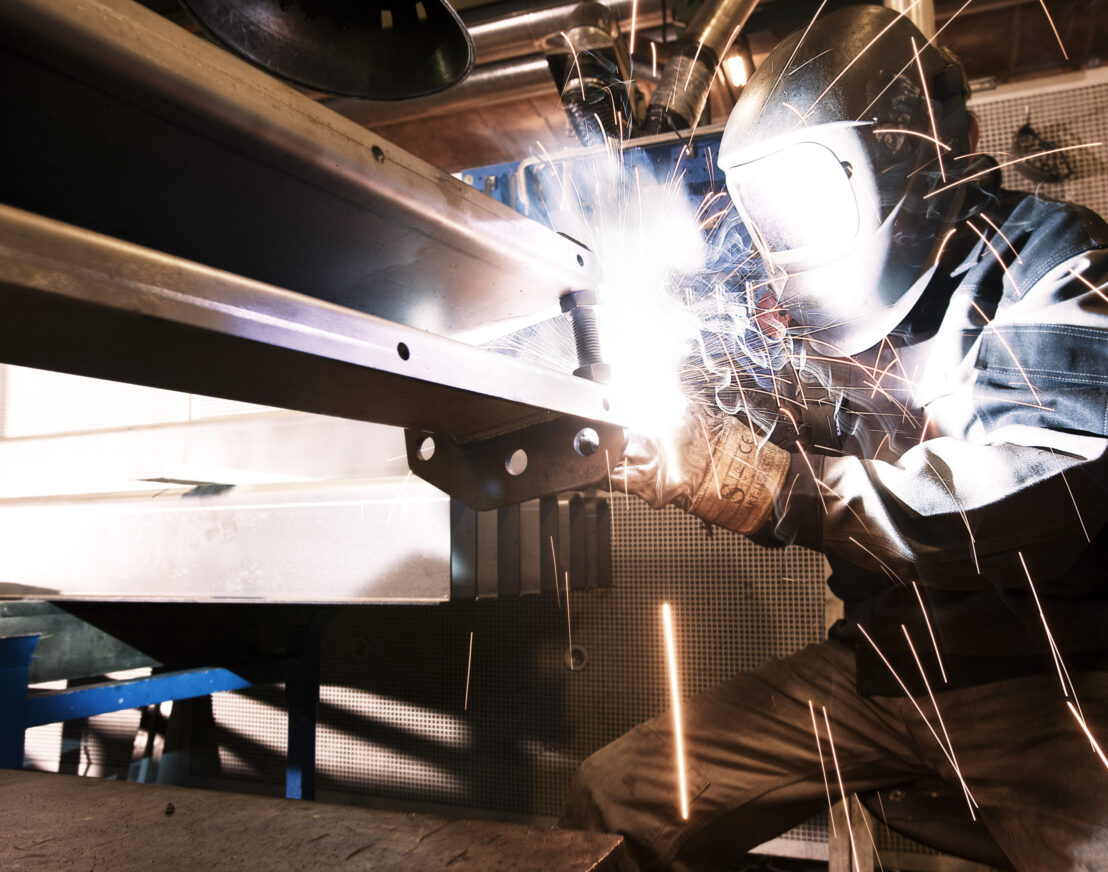 The first investment in Axcel IV is one of the world’s leading producers of equipment and complete lines for processing, handling and storing grain and seed.

Axcel buys two business areas, one from the Trelleborg Group and one from the Lemminkänin Group, and merges them into a new Swedish company focusing on roof coverigns and waterproofing. 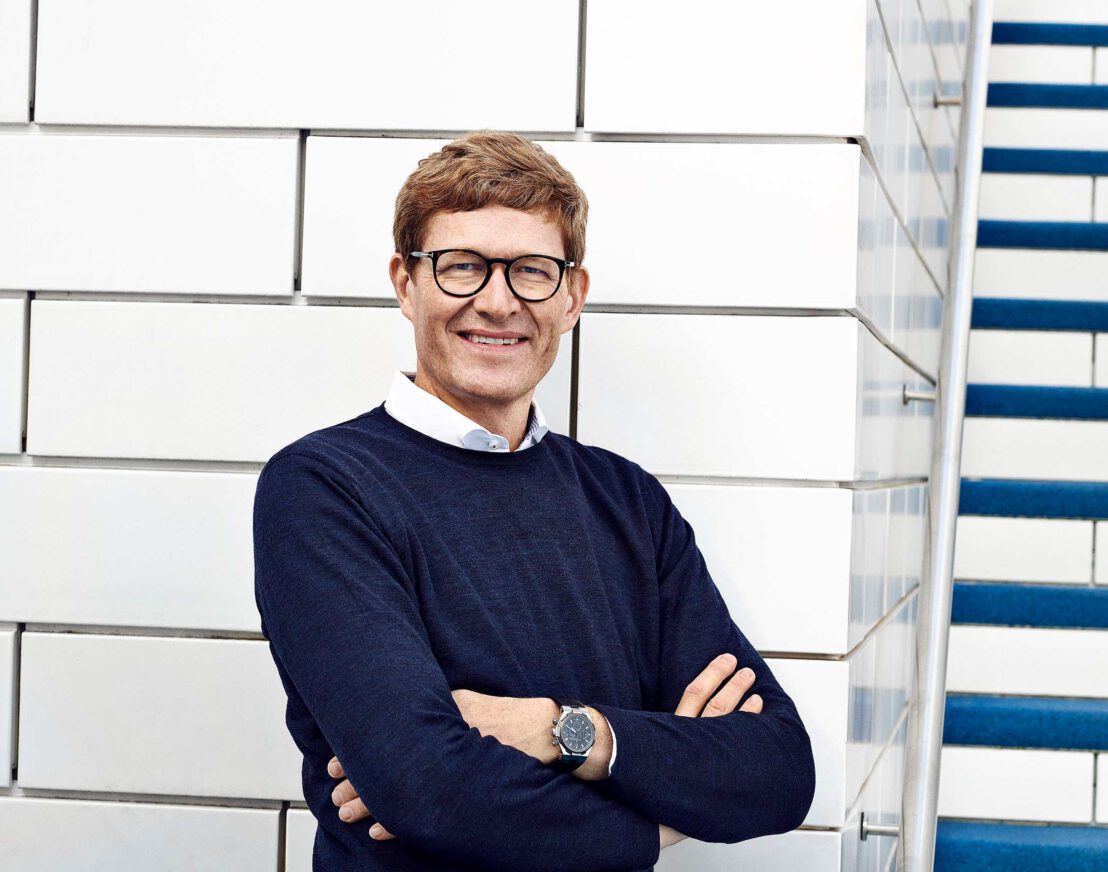 Axcel IV starts with almost EUR 500 million in committed capital and continued focus on the Danish and Swedish mid-market. Approximately 40% of the capital comes from foreign investors. The fund invests in 12 companies. 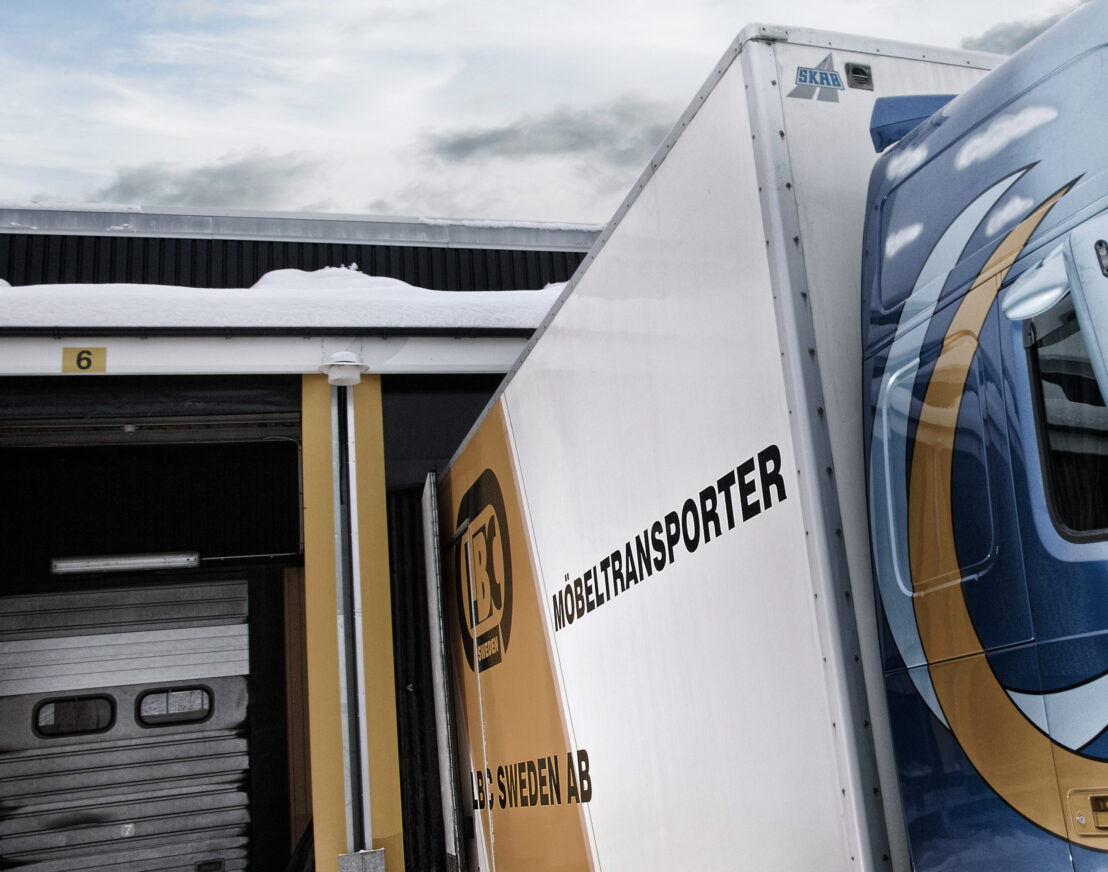 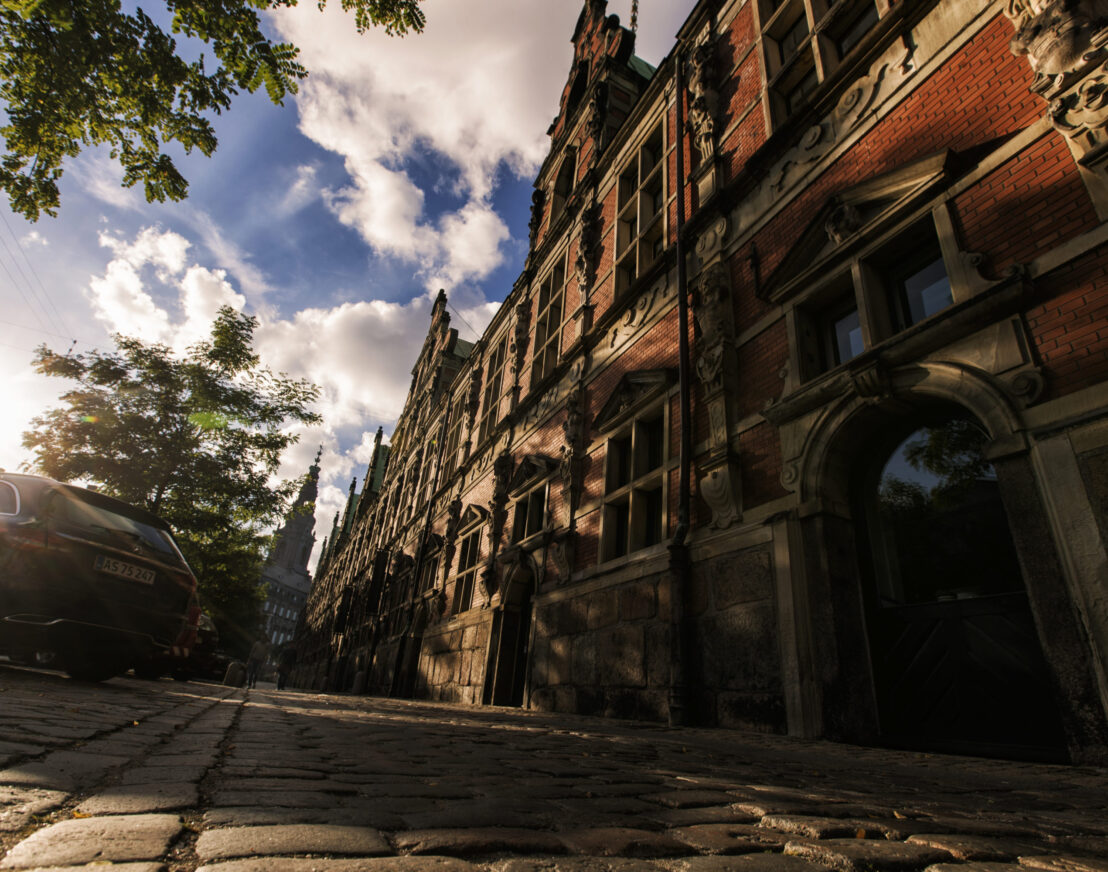 Axcel acquires the majority holding in the family-owned company PANDORA and develops the company. It is listed in 2010 with a market value of DKK 27 billion. 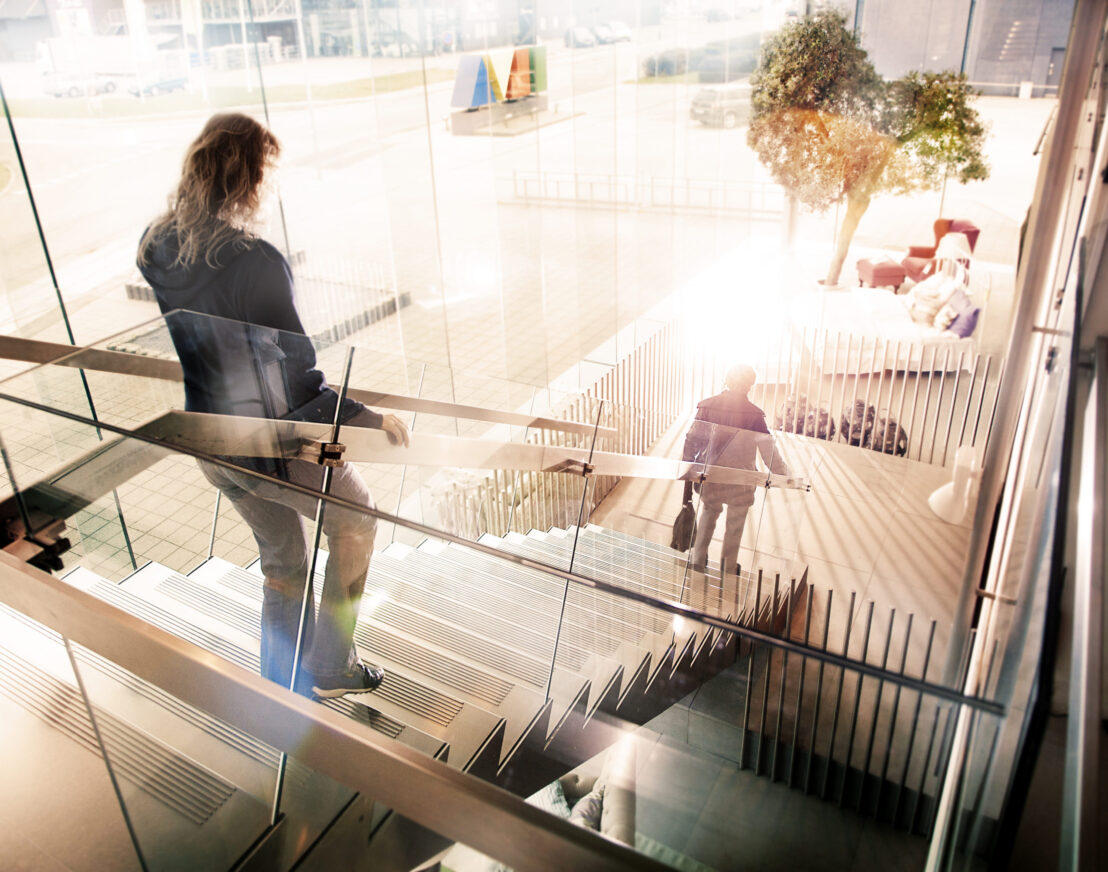 Axcel acquires the furniture chain IDEmøbler and converts it into a capital chain. Subsequently, ILVA is added.

Axcel acquires the Swedish company Driconeq, a world-leading producer of drilling pipes and equipment for the mining and construction sectors, water wells and geothermal energy.

Axcel takes over the clothing brand Noa Noa, which specialises in affordable products for women children.

Axcel takes over Ball Group, which sells fashionwear for women in the plus-size segment, including the Zizzi-brand. 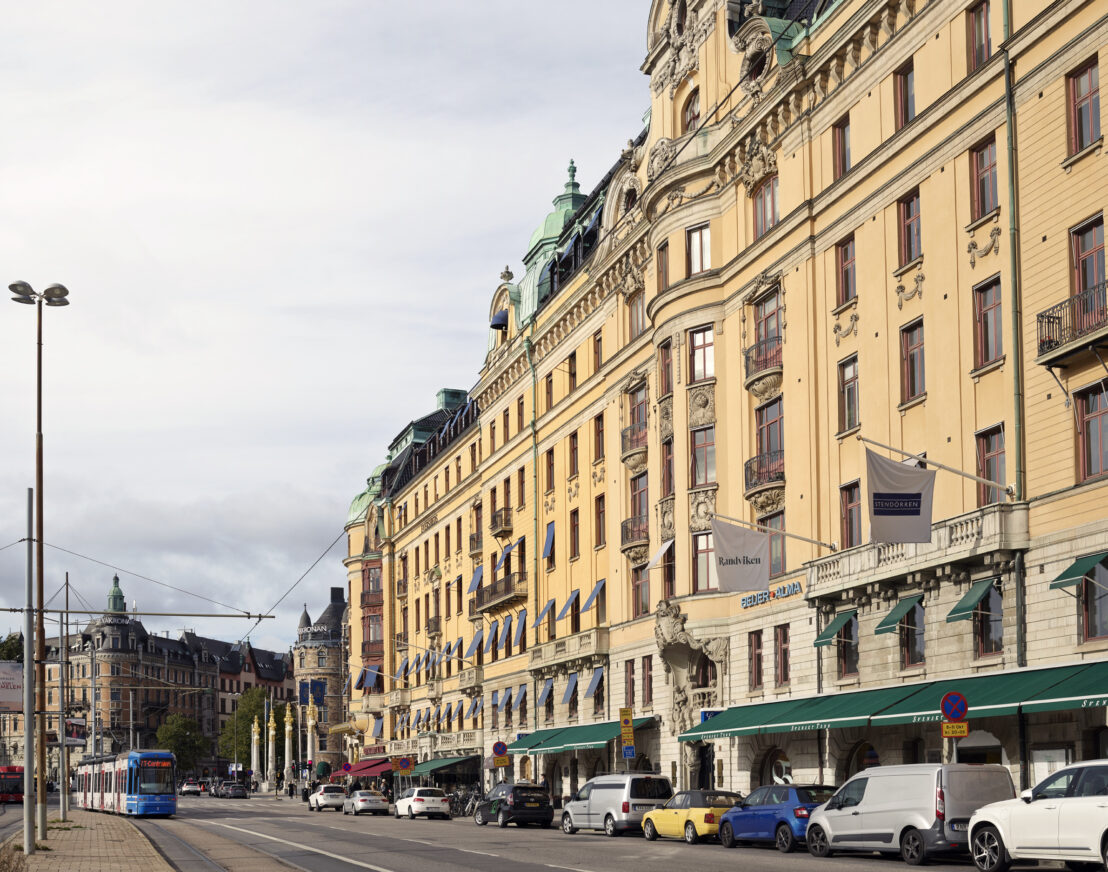 Axcel establishes itself in Sweden

Axcel opens an office in Stockholm. A year later, Axcel makes its second Swedish investment in Driconeq, which produces drilling pipes. Subsequently, a further eight investments are made in Sweden and Finland.

Axcel makes its first investment in an actual IT company with Netcompany, one of Denmark's leading IT consultancies within portal solutions and system integrators. The company is now listed. 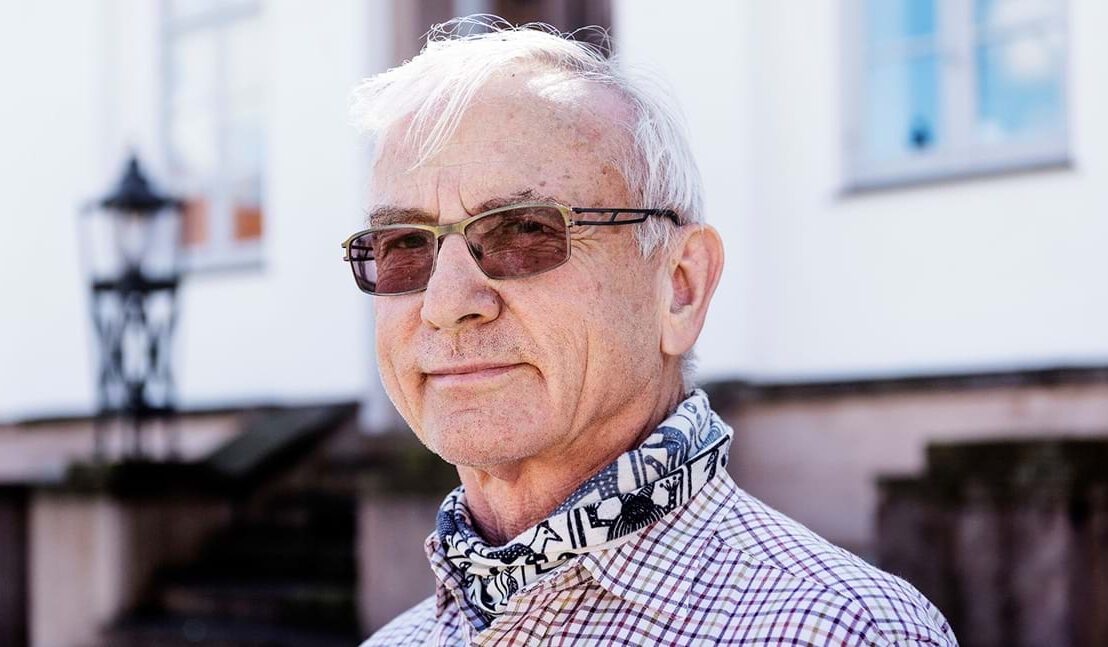 Former Radiometer CEO Johan Schrøder becomes chairman of Axcel’s Advisory Board in connection with the setting up of Axcel III.

Axcel III is raised as a EUR 400 million standard private equity limited partnership focusing on Denmark and Sweden mid-market. The fund acquires a number of new foreign investors and invests in 11 companies between 2005 and 2009.

Axcel invests in Esko-Graphics. The company develops into Esko-Artwork, a world leader in packaging software services and solutions for the packaging industry. In 2011, the company is sold to the US industrial company Danaher. 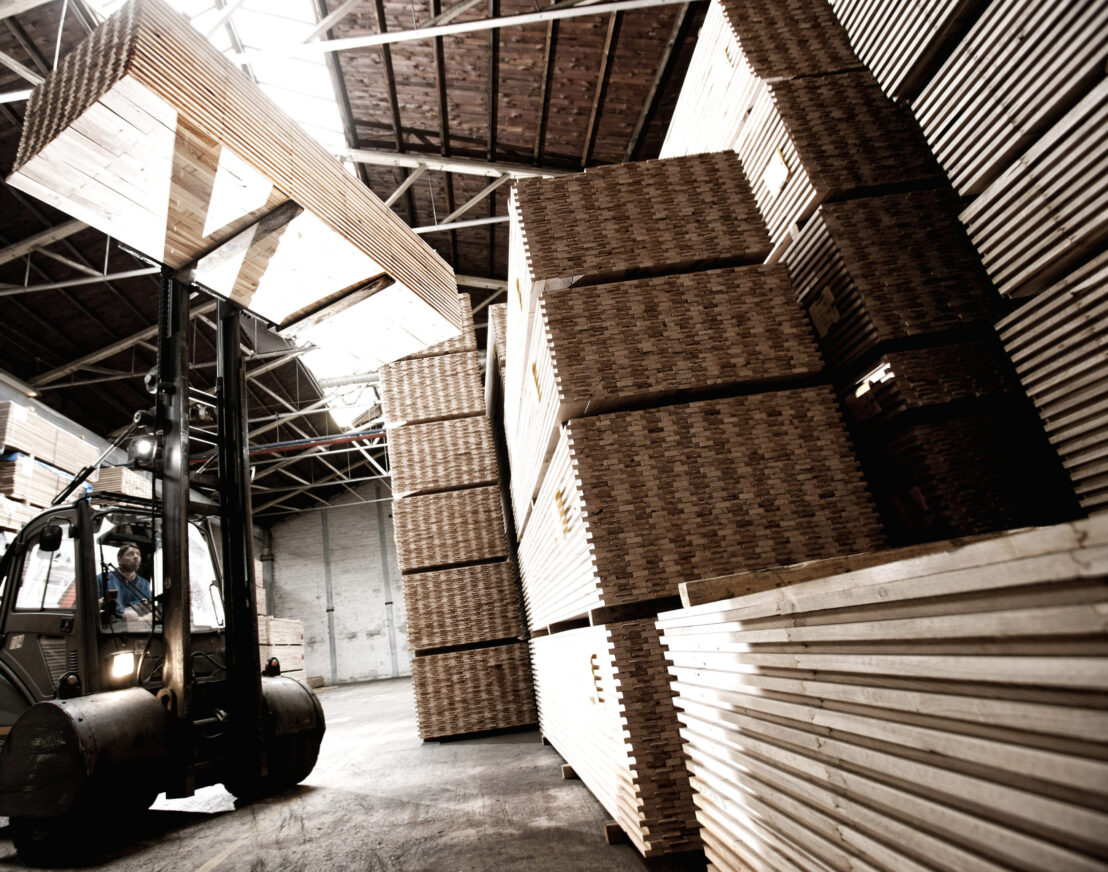 Axcel takes over the well-known floor manufacturer Junckers Industrier amid great public interest and focuses on the core business of floor production.

Axcel invests in Ellipse, which manufactures intense pulsed light (PL) dermatological devices for medical and cosmetic treatments, as well as its sister company Danish Diagnostic Development (DDD), a market leader in the development of heart scanners.

Axcel buys Nettest from the GN Group. The company makes equipment for testing companies’ communication networks. Axcel takes over with the company making heavy losses. After a successful turnaround, it is sold to Japanese competitor Anritsu. 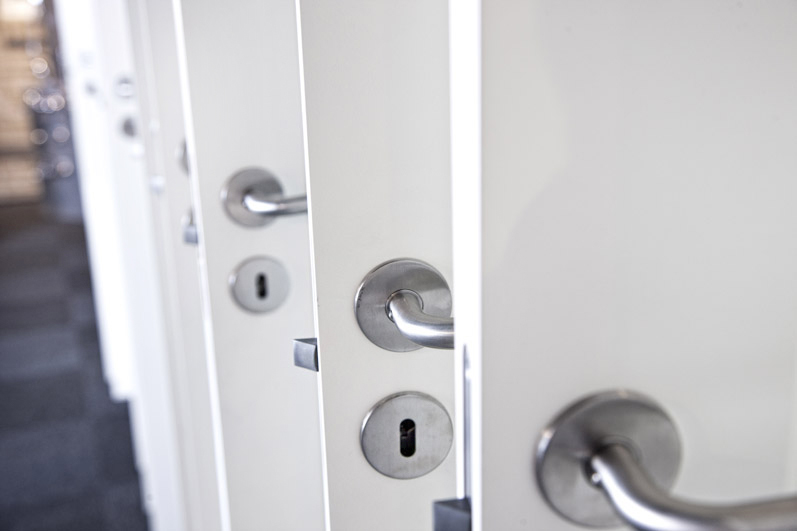 Axcel, together with a number of partners, delists the door manufacturer Vest-Wood. Four years later, having become the European market leader and significantly increased its revenue and earnings, the company is sold to US competitor Jeld-Wen. 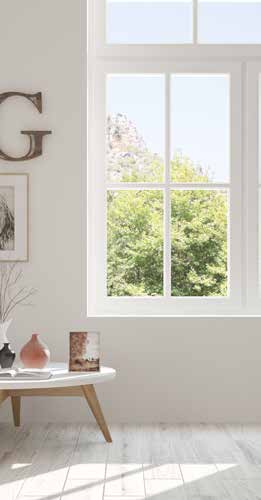 Axcel’s first investment in Sweden is Svenska Fönster. The company is bought in partnership with the Velux Group. 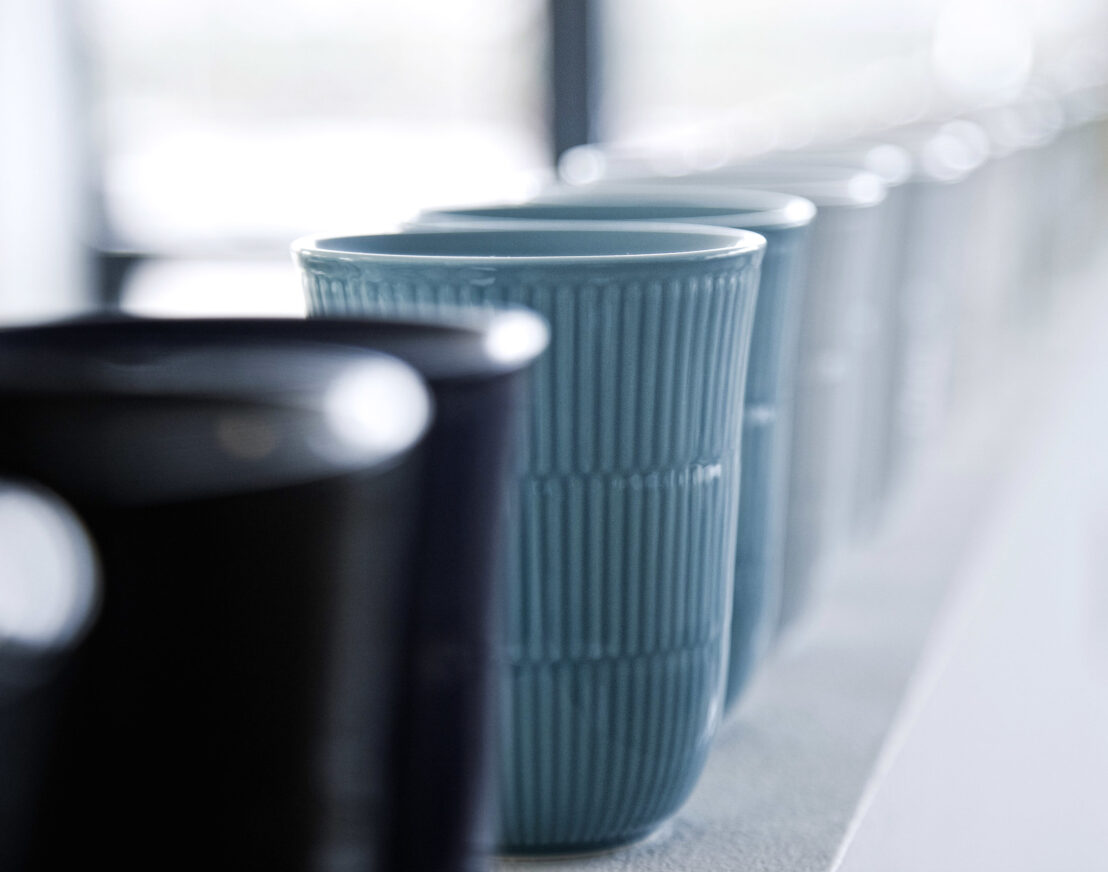 Axcel II is set up with a limited company structure. The fund has committed capital of DKK 2.5 billion and a broader investor base than Axcel I. It invests in nine companies between 2000 and 2005.

Axcel, as part of a consortium, delists the Icopal Group, one of the world's leading manufacturers of roofing and waterproofing membranes. The company is sold to Investcorp in 2007.

Axcel buys the packaging company Glud & Marstrand from KIRKBI. Under Axcel's ownership, the company is transformed from an exclusively Danish company to a leading player in Scandinavia. In 2005, Glud & Marstrand is sold to a Dutch PE firm.

Axcel buys Royal Scandinavia from Carlsberg. The Royal Scandinavia Group comprises a large number of industrial art companies, including Georg Jensen and Royal Copenhagen. Subsequently, the companies are made lean and focused. Georg Jensen is sold to Investcorp in 2012, and shortly after, Royal Copenhagen is the last of the group's companies to be sold to the Finnish Fiskars Group.

The first company in Axcel II is Vital Petfood Group, which makes a range of pet foods. 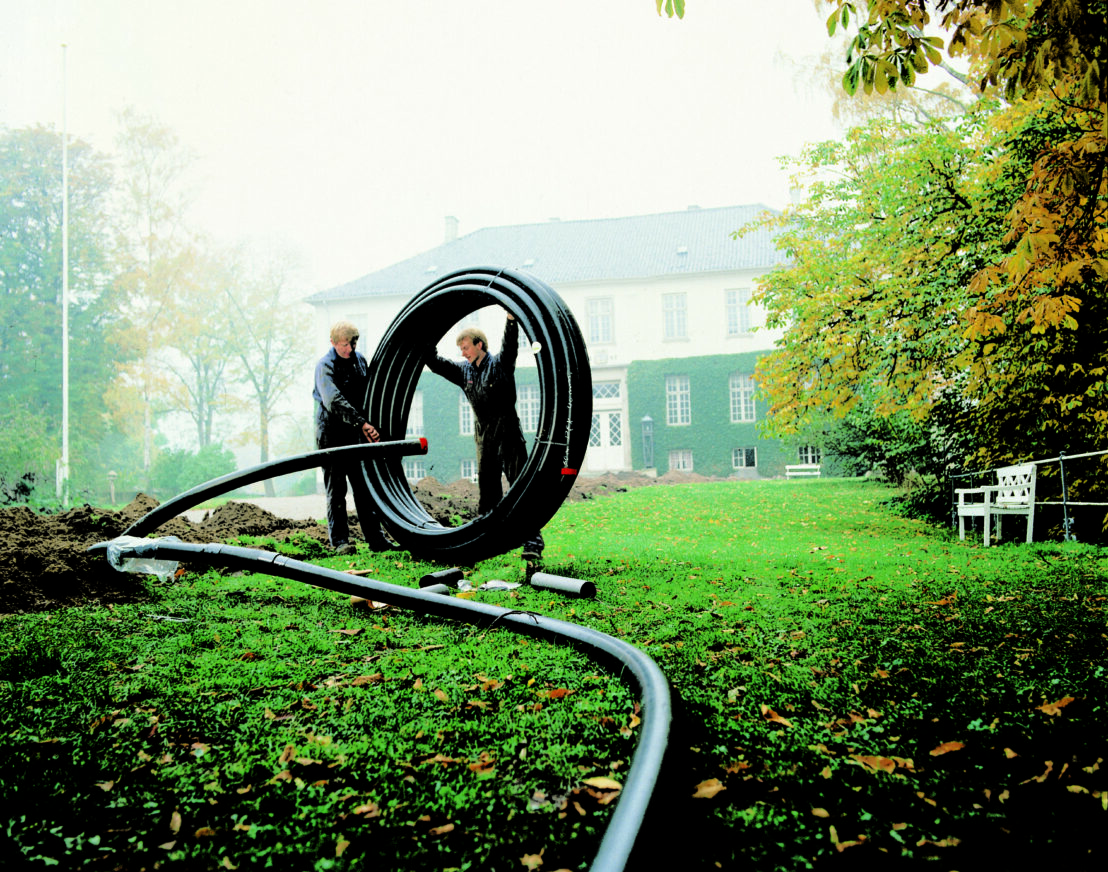 Axcel invests in Løgstør Rør as a turnaround case with the market for district heating pipes characterised by overcapacity and falling prices. Competitors are acquired and costs reduced. The company becomes LOGSTOR, the biggest pipe manufacturer in Europe, and is sold in 2006 to PE firm Montagu. 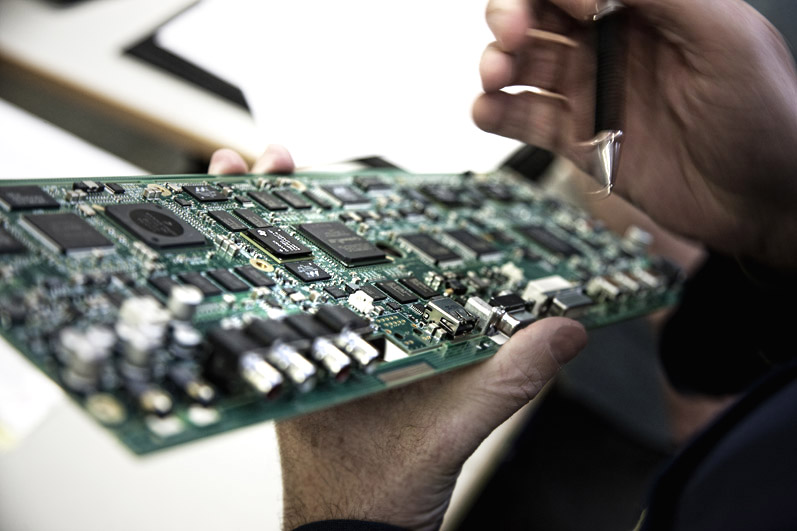 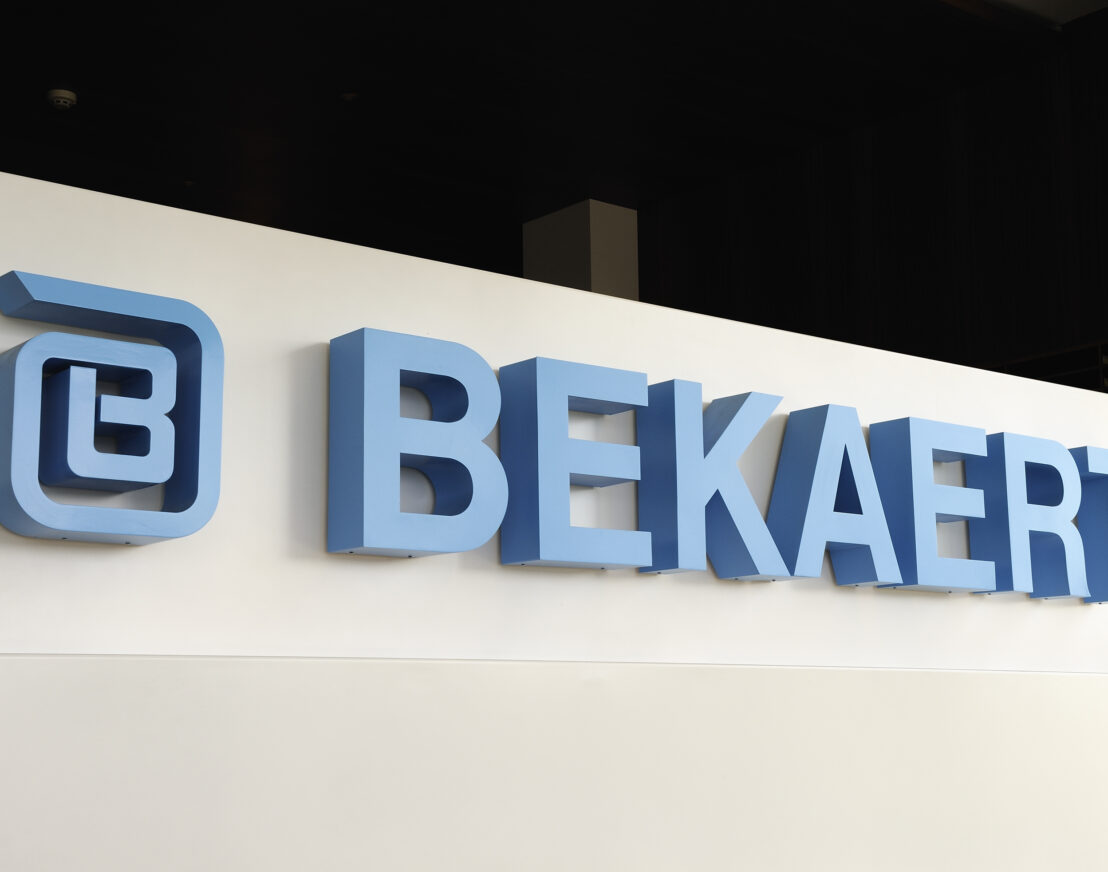 Axcel invests in Dansk Heatsetrotation, which becomes the nucleus of GraphX, a heatset rotation printer with a strong market position in printed advertising materials, brochures, catalogues and magazines in Denmark. 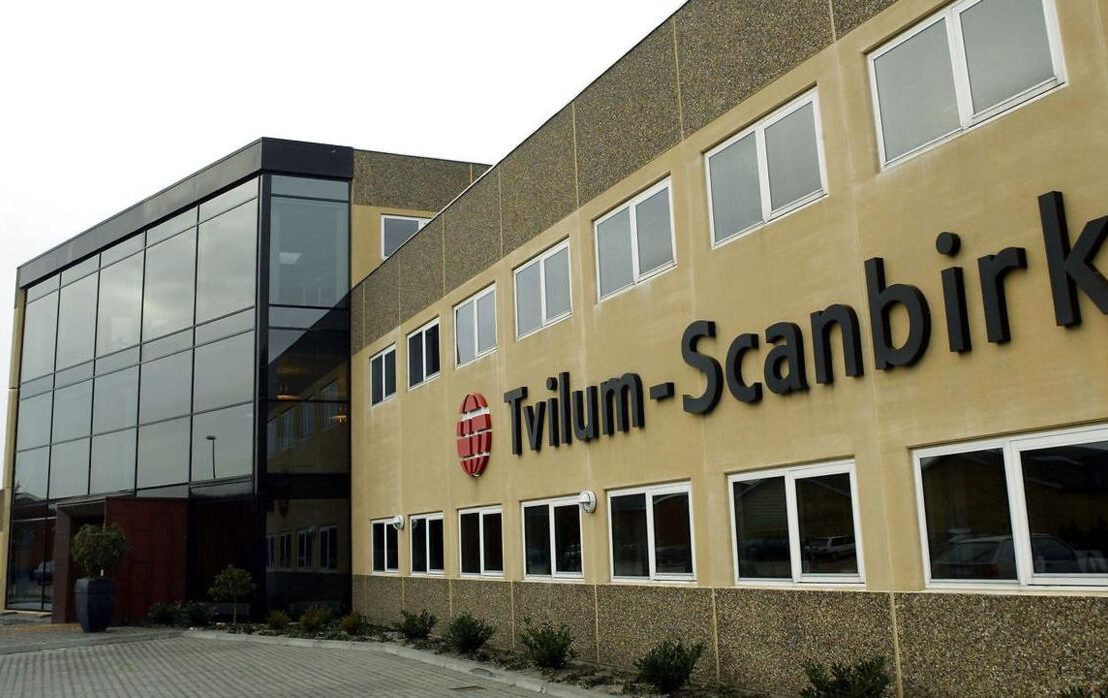 Under Axcel’s ownership, the family-owned companies Tvilum Møbelfabrik and Scanbirk become Tvilum-Scanbirk, which grows into Europe’s biggest manufacturer of ready-to-assemble furniture. The company is sold to US industrial player Masco in 2000. 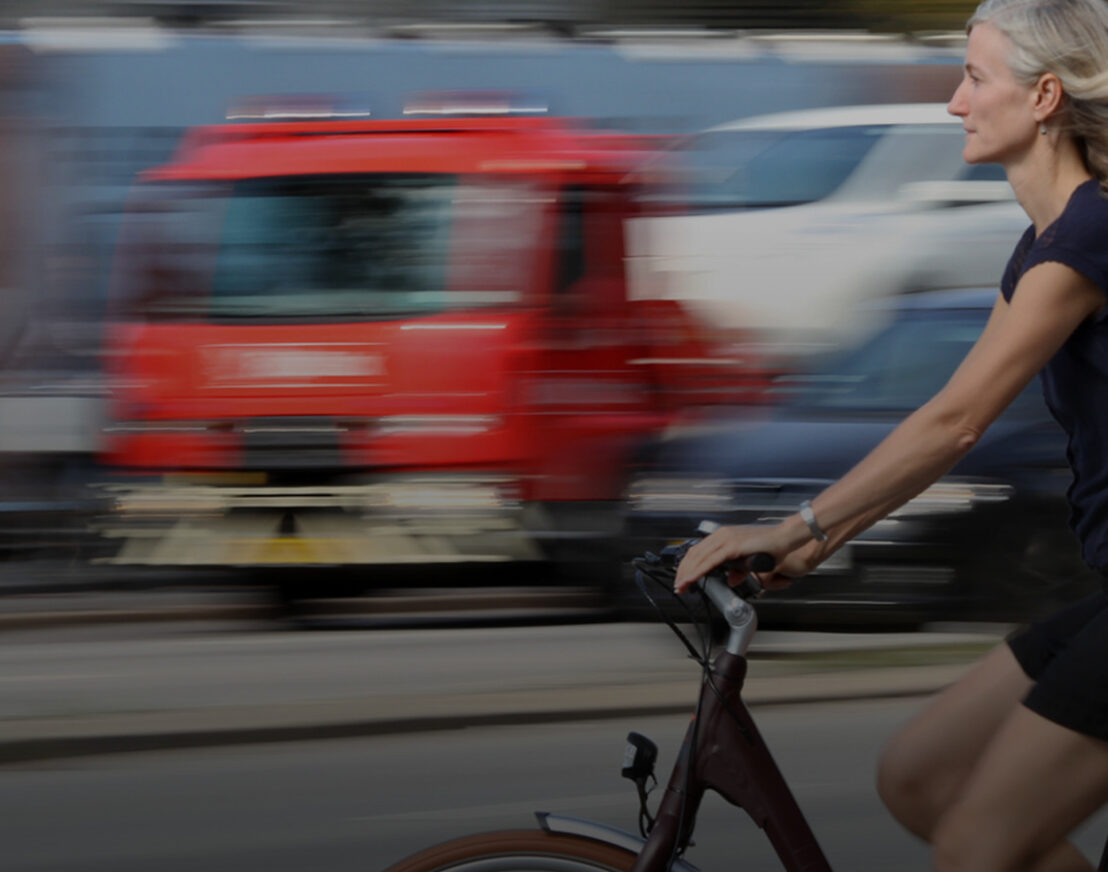 The first family-owned company in which Axcel invests is Monarflex. It produces reinforced plastic products for the building and other industries with a focus on the Nordic and UK markets. The company is sold to Icopal in 2000.

KIRKBI and ATP come on board as investors. 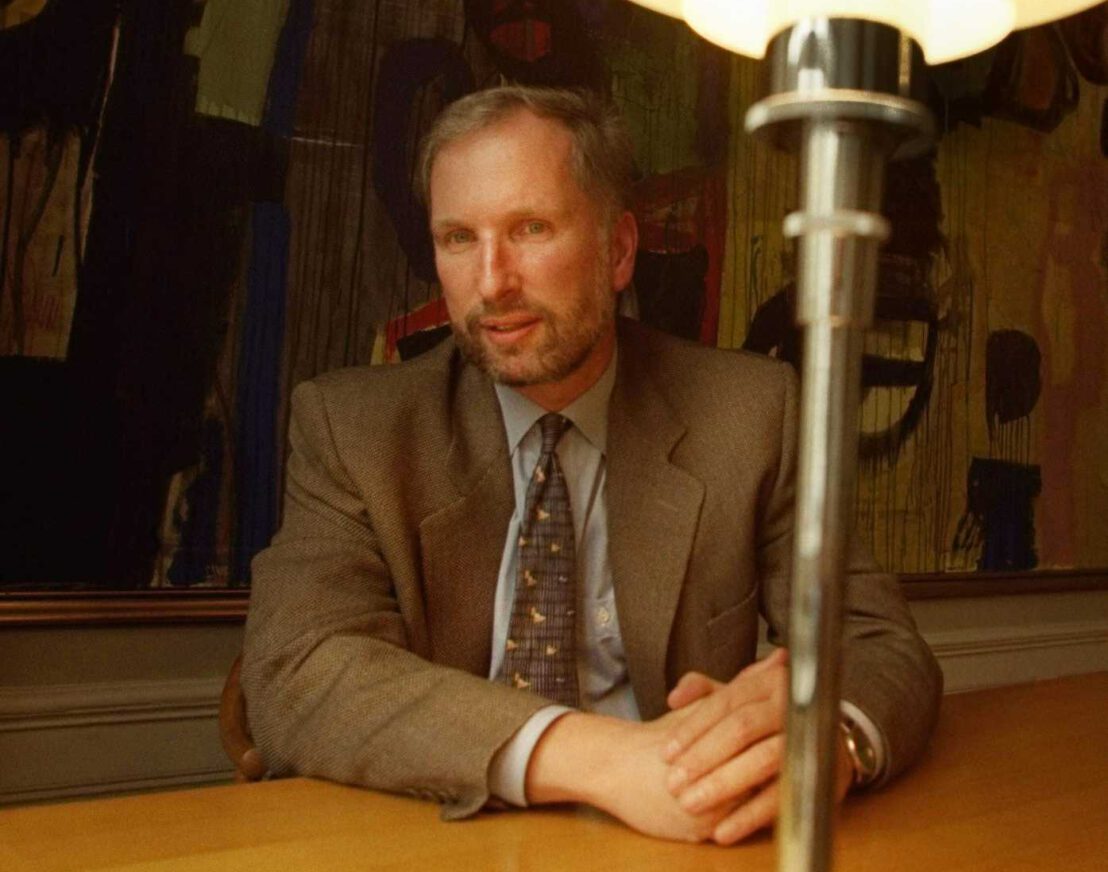 Axcel’s first fund, Axcel Industriinvestor or Axcel I, is formed on May 9 as an evergreen fund with Christian Frigast as CEO. The founders are Unibank, PKA, FIH and Radiometer. Axcel I starts out with committed capital of DKK 200 million, eventually rising to DKK 1.1 billion. The fund invests in 14 companies between 1994 and 1999. Ejvind Sandal, CEO of newspaper publisher Politikens Hus, is Axcel’s first chairman.